How Waves Plugins Can Take Your Music to Another Level

Waves plugins are made by the software developer Waves Audio, and they’re now one of the most popular collections of software production tools found in professional recording studios around the world.

Waves Audio started in 1992 with the release of their first plugin, the Q10 equalizer, and since then they have released countless numbers of amazing studio processors and effects. Their range now boasts at least 140 individual plugins as well as a couple of hardware devices, and the company also won a Technical Grammy Award in 2011.

This amazing standard of quality does come with a very high price tag, putting it out of reach of the majority of home studio owners and music producers – you won’t find Waves plugins in many budget studios. But they do offer a rental program where you can use the plugins for a certain time period, ideal if you would like to make use of the software for certain projects.

Probably the best way for anyone to discover Waves plugins is through their range of bundles. A Waves bundle is a collection of separate plugins all brought together into one collection. At the moment, there are over 40 different bundles available, ranging from:

Amongst the most well-known bundles are:

Each bundle contains a specific set of plugins, so each one is directed towards a particular focus or area of production.

The Range of Plugins

As you know, recording and producing music in your home studio can require you to use lots of different audio effects and processors. Waves cover all of the various types of devices and plugins you could use, with some of the main areas being:

…and many, many others. 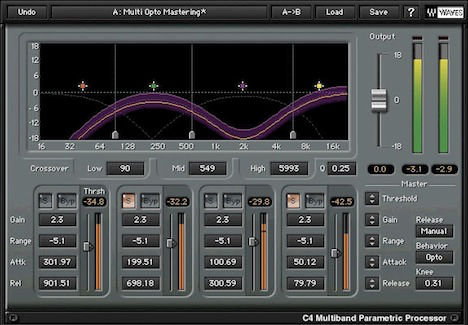 The company’s website has a very cool ‘Waves Suggest‘ feature – you answer a few easy questions and Waves then suggests and recommends specific bundles for you.

The success of the Waves plugin range has allowed the company to expand into creating specialist hardware devices for the studio. They currently have two devices on the market:

The depth and reach of Waves studio software is unlike any other currently available, and its reputation reflects that.

It’s easy to write off the prospect of using Waves plugins (the link takes you to the official site) in your home studio because of the steep price involved, but if you’re really interested in the potential the software offers and the quality it can produce then it’s definitely worth downloading some demos from the Waves Audio website and trying them out – after all, it’s always worth remembering the fantastic rental scheme that is offered if you do want to use them.