Home » Gear » Why and How You Use Studio Headphones

Why and How You Use Studio Headphones 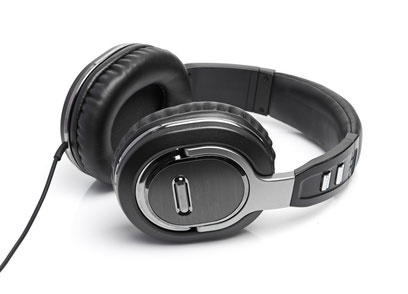 A good pair of studio headphones are a must for any producer making music in their own home studio, especially when the studio is closely surrounded by other rooms and buildings.

I’ve used my own pair of headphones on many occasions when I’ve needed to work into the early hours of the morning. Using a pair of studio monitors at this time of night just isn’t practical for many when you need to avoid being too noisy – you probably don’t want to wake your housemates or neighbors. There may also be a time when you want to do a little mixing but your neighbors are renovating their apartment or their house, so you need to cut out as much external noise as possible.

A good pair of headphones are extremely useful in situations like these.

There are two main reasons for using a pair of studio headphones (sometimes referred to as monitor headphones):

When you’re recording an instrument or a vocal take in your studio, the musician or vocalist will need to hear what’s already been recorded so they can play or sing in time with the rest of the track. Playing this guide track through the studio monitors isn’t an option as the noise would spill into the recording microphone and ruin the take. This is where a good pair of studio headphones comes in.

If you’re looking to record a few musicians at the same time (all of whom need a pair of headphones), you’d need to use a headphone amplifier. The most common amps enable four outputs for four pairs of studio headphones.

You’ll often find that if you’ve been mixing on a pair of headphones, the results will sound different to what you expect when played through your studio monitors. In fact, the results can be so different that you could find yourself having to start the mix from scratch.

When I first started learning how to mix, I remember trying to complete a few mixes using a pair of headphones instead of monitors. Needless to say, I had to undo all the work I’d done through the headphones as the results were nowhere near good enough. I definitely learned the hard way.

But there are occasions when using headphones during mixing can be beneficial. They can be used to listen to smaller details in a mix, or to check that the mix you have through your monitors sounds ok through headphones – after all, a lot of music these days is listened to through headphones, so it’s worth checking your mixes through them now and again.

Studio monitor headphones come in two varieties, each with their own features. Having a comfortable pair of headphones should be high on your list when it comes to building up your home studio. Most studio-quality headphones will provide good frequency and bass response, and you should keep in mind comfort as well, as you could be wearing a pair for long stretches of time.

As I mentioned before, it’s never a good idea to use studio headphones for mixing – you’ll mainly be using them for monitoring. It can also get quite loud in a studio, so a good pair of closed-back headphones should satisfy your home studio needs quite nicely.

How an Effects Unit or Plugin Can Enhance Your Productions
What Is An Audio Interface And What Does It Do? Here's A Simple 9-Point Checklist
5 Simple Reasons Why You Should Use a Portable Vocal Booth
What is an Audio Compressor?