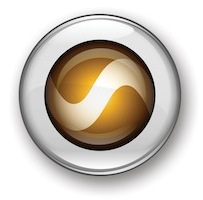 Avid’s Pro Tools software has become today’s DAW program of choice for commercial and professional recording studios. The program is very easy to learn, and the design of the program very closely imitates how a real recording studio is arranged and designed.

Pro Tools has a reputation as being the best program to use if you’re looking to record and mix real instruments and vocals for your production work. I’ve been using Pro Tools for over ten years and it’s still my DAW of choice in the studio – I use it for everything from recording guitars and vocals to creating drum loops with MIDI.

Pro Tools software can be run on both a Windows PC and an Apple Mac. The program itself is centered around three windows:

Older versions only had two windows – Edit and Mix. The MIDI window was originally part of the Edit window.

Pro Tools has the following capabilities (alongside many more):

Pro Tools in the Studio

Like other DAW programs, there a few different versions available, each with their own features.

This is a budget version of the program, and is a great way to discover Pro Tools software to see if you like it and would like to use it further.

This is the version that most people go for. It has many of the top-line features.

The HD and HDX systems are the highest systems available and are the domain of the big commercial recording studios. These systems use DSP cards and external audio interfaces to enhance the power of Pro Tools.

There are different levels of HD available, starting at HD1 and going up. The level depends on the number of cards used and each successive level increases the system’s power.

You also have the choice of various items of hardware when it comes to the HD and HDX systems – mainly mixing desks, control surfaces, and audio interfaces.

They include all the features of the Standard version, but with some major processing power behind it. Some of the differences are:

The first version of Pro Tools was known as Sound Tools, and was released in 1989. Pro Tools 1.0 was then released in 1991 and it has continued to develop and grow from there. As well as being used for music production, Pro Tools software is also a major force in post-productionand film scoring as well.

Avid are the developers of Pro Tools software, and it’s now the name you see on all products and advertisements. Originally, Digidesign was the name attached to Pro Tools – however, Digidesign was owned by Avid, so Avid decided to withdraw the Digidesign name from the market.

Avid offers a professional qualification in the use of Pro Tools, something that no other DAW program provides. The certifications allow you to be ‘Avid Certified’, which is a great qualification to have if you’re looking to enter the professional world and it also looks very good on your CV.

There is a set path to follow, and it depends on if you want to follow the Music path or the Post-Production path.

There is a wide variety of choice when it comes to Pro Tools software (the link takes you to the official site) and hardware systems available today, and building a system that works specifically for you can sometimes be quite confusing. But if you’re interested in doing some serious recording, editing, mixing, and producing in your home studio, I don’t think there’s anything better than Pro Tools.

Why FL Studio Producer is a Popular Home Studio DAW