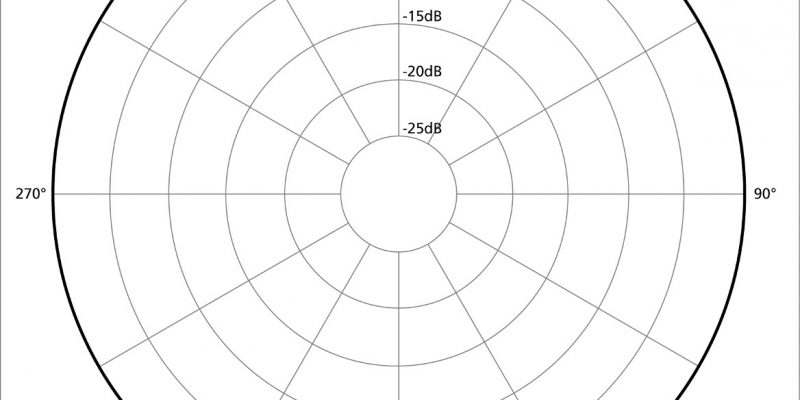 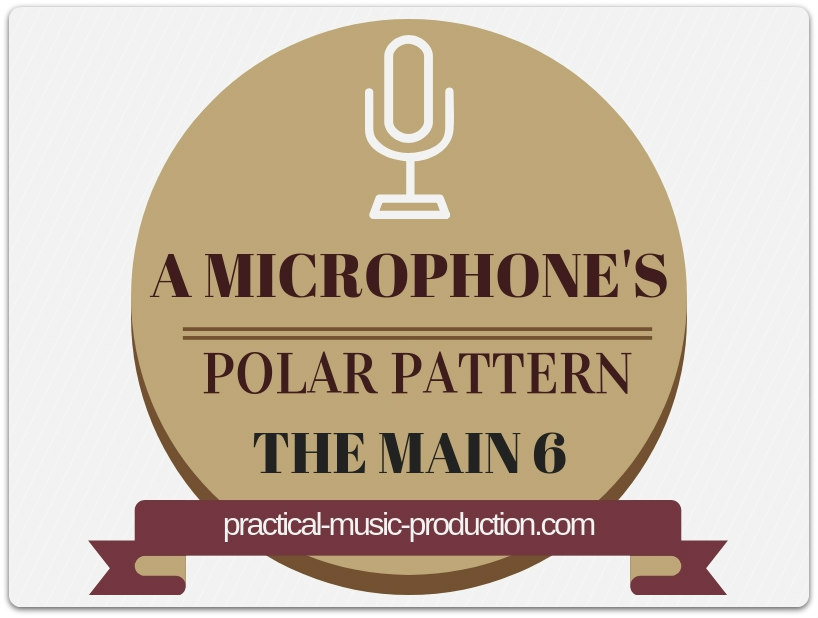 A microphone’s polar pattern is a way of showing the ‘directional sensitivity‘ of the microphone. Some microphones have fixed patterns, whilst others are able to switch between many different patterns.

It can also be described as the ‘pick-up pattern‘ of the microphone, and the pattern shows how well a mic responds to a sound depending on the angle that the sound arrives from. The best angle of response is known as the on-axis response, whilst other angles are known as off-axis.

There are a few different types of microphone polar pattern found in today’s mics, each of which I’ll go through here. The arrangement of the diaphragm capsule inside a microphone has a large part to play in the directional response.

The types of microphone shown below usually have large diaphragms with side-address capsules (also known as side-firing). This means that sound can hit both the front and the back of the capsule: The types shown below usually have small diaphragms and have an axial arrangement (end-firing), where the back of the diaphragm can’t be reached: Final Thoughts on the Polar Pattern

Learning about the polar pattern features of microphones can help you in choosing the right mic to use in different recording situations. To start with I recommend getting a cardioid mic. But many microphones can swap between different patterns, so keep an eye out for one of these if you’d like to have some flexibility in your home studio.