Home » Mixing » How to Use Reverb in the Studio

How to Use Reverb in the Studio 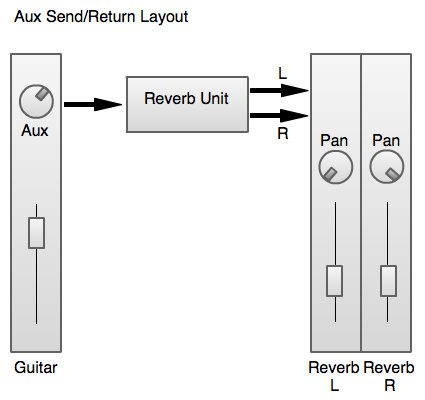 Learning how to use reverb is an important step in being able to produce your own music. Reverb helps to add extra depth and space to your mixes and productions, and has become an essential studio tool.

Here are some useful hints and tips that you can follow to get started:

How to Use Reverb on Your Mixer

In the studio, reverb is usually arranged using the send/return method, where the main signal is sent to the reverb unit or plugin (such as reverb VST or RTAS plugins) via an aux send on the input channel, and the effected sound is returned to a mono channel or a pair of stereo channels on the mixing board. Discovering how to use reverb in your mixes can take a lot of time and practice – I think it’s one of the most important tools you have in your studio to make your tracks and productions sound professional. Like most things involved with production, there aren’t really any concrete rules that you have to follow, so don’t be afraid to experiment, and take the time to try out different settings on your reverb units.

The Art of Music Mixing in the Studio

How Audio Effects Can Expand Your Studio Sound

How a Mixing Board Works

Get Creative with the Sidechain on Your Compressors and Gates