Home » Microphones » Exactly How Does a Condenser Microphone Work?

Exactly How Does a Condenser Microphone Work? 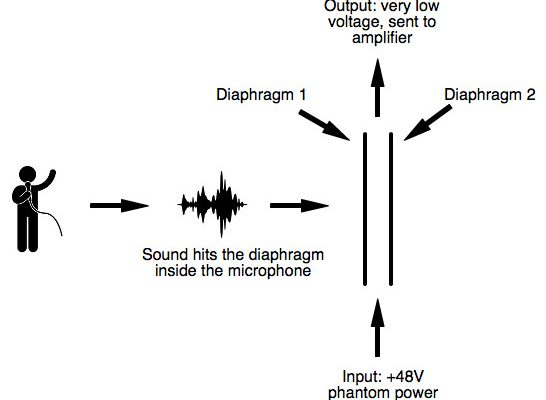 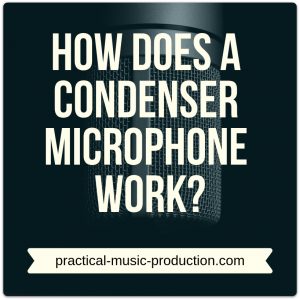 Sounds that have lots of high-frequency content are best suited to condensers – like vocals, pianos, and acoustic guitars. If you’re just starting to look into microphones for your own home studio setup, I recommend getting at least one condenser mic to start with, alongside a dynamic mic as well.

How Does A Condenser Microphone Work?

This electrical output produced by the microphone is weak, so it needs to be boosted by a microphone preamp. The signal is then powerful enough to be processed by other devices in the studio – things like a mixing desk or an effects unit. 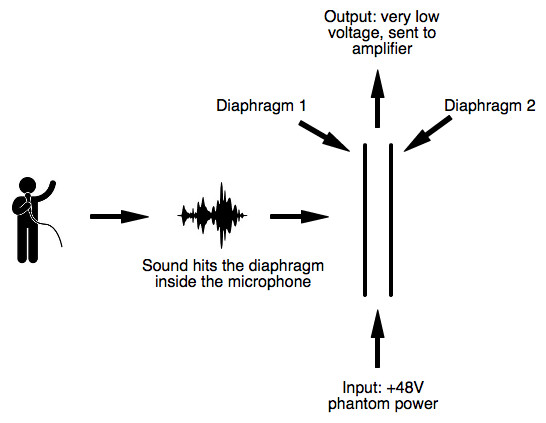 The size of the diaphragm is an important feature of condenser microphones. Diaphragms can be anywhere from a fraction of an inch to around one-and-a-half inches – a massive difference when you think about it. 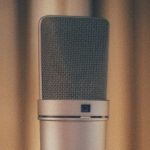 Condenser mics (also known as capacitor mics) are far more sensitive to higher frequencies than dynamic mics. They pick up a lot of the top-end detail of the sound you’re recording.

As humans, we can generally hear things in the 20Hz-20kHz range, and condenser mics can easily record these top-end frequencies. Dynamic mics tend to drop off around the 16kHz mark, losing that top-end detail.

There are two types of frequency response to think about: on-axis and off-axis.

The on-axis frequency response is how the microphone captures the sound when it enters the mic directly from the front. The off-axis response is when the sound enters the mic from other directions, which can lead to coloured and uneven sound, something you want to avoid in the studio.

You’ll also find some models that can record very low frequencies, a feature known as ‘extended low-frequency response.‘ A good condenser mic will also usually have an in-built hi-pass filter, allowing you to cut low-frequency bumps, knocks, and rumbles from being recorded.

As with all recording microphones, you should be aware of the ‘proximity effect‘. This is where the lower bass frequencies become louder when the sound you’re recording moves to within a foot of the microphone.

The hi-pass filter on the microphone can be used to help protect agains this effect (a hi-pass filter removes low frequencies). But the proximity effect can also be used in a positive way – think about how some radio presenters will move closer into their microphone to deliver a line or two that are deeper and lower than normal, to help add a dramatic effect to their voice.

A microphone’s polar pattern shows you how sensitive a mic is when sounds enter it from specific directions. You can find everything you need to know about these patterns here, but I’ll recap a few of the important ones for you: 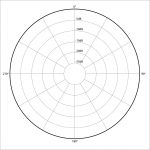 Sound is picked up equally well from all directions. This means that off-axis sounds entering the mic will still sound perfectly fine. This pattern also avoids the proximity effect, so it’s a great choice when you’re placing the microphone close to something, like a guitar amp.However, even these mics have a ‘front’, so you should always aim to point this front towards the sound you’re recording, to achieve optimum sound quality. 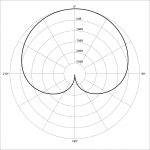 This pattern is the most commonly used in the studio, both home and professional. These mics are known as directional mics and they pick up sound optimally from the front. The further away from the front of the mic you go, the more coloured the sound recording becomes. 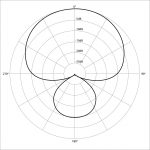 These are also directional, just like the cardioid mics, but they emphasise their directional sensitivity even more. 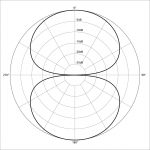 Also known as a figure-of-eight pattern, these mics pick up sound equally well from the front and the back.

The transient of a microphone refers to how quickly it can react to an incoming sound. The transient response of a condenser microphone is generally much better than a dynamic mic.

Condenser microphones generally react quicker than dynamic mics as the diaphragm is much lighter. This helps them to record faster and sharper transients – for example, the initial loud crack of a snare drum. A more ‘accurate’ and clearer picture of the sound is also recorded as condensers can record across a wider range of frequencies.

But they are more sensitive to louder sounds – condensers are physically more fragile and you do need to be much more careful handling them. Dynamics are tough and rugged, and the moving coil device inside the mic can withstand much higher sound pressure levels – they can record very loud guitar amps for example.

This is a specification that you’ll see on every microphone, but it’s not really something you need to worry about when deciding what mic to buy. It’s a measurement in volts, and it’s all to do with how much the mic signal needs to be boosted by the mic’s preamp to reach a standard ‘line level’ – a level that can be used and processed by other equipment in the studio.

To help condenser mics handle higher SPLs, the microphone itself will often have a ‘preattenuation pad’, or pad for short. This pad will lower the signal coming into the mic by a certain amount, usually anywhere between 6-24 dB. The signal then going to the microphone’s preamp will be far less likely to distort.

All electrical and electronic devices in today’s world generate a certain amount of noise. It’s usually only a problem when recording at very low volumes – when it comes to boosting this type of recording, the ‘noise floor’ also rises, making the noise within the electrical system more noticeable.

Many microphones will now label themselves as ‘low-noise’, giving you confidence that you should be able to avoid this type of issue in your home studio if you record things correctly.

Condenser mics need something called phantom power to be able to record. This is an electrical power signal of +48 Volts that’s sent to the microphone through the balanced XLR cable, usually from the mixing desk or the audio interface.

This voltage signal provides power to the mic’s internal capacitor which is needed for the mic to work. All it takes is the press of a button to turn it on. Some mics do have the option of using internal battery sources as well, although these are pretty rare these days.

Nearly all audio interfaces you’ll come across for your home studio will have phantom power built into them, but you should always check before committing to one as there’s no doubt you’ll need phantom power in your studio. 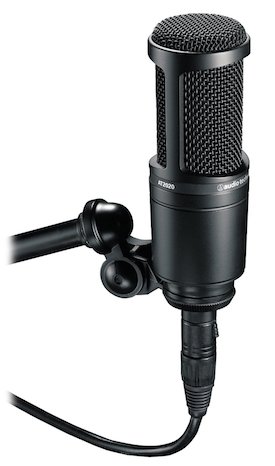 When it comes to picking up your own studio mics, there are some great models out there for any type of budget:

Amongst the most famous condenser mics used in high-end professional studios are those made by Neumann, especially the U47 and U67 models. The AKG C12 is another with a big reputation, as well as the AKG C414.

Over the years, I’ve generally used a condenser mic to record the following in the studio:

Condenser mics are perfect for vocals and these types of instruments. Every home studio needs at least one good condenser microphone in it’s arsenal.

If you’re just starting out then I can’t recommend Audio-Technica’s AT2020 enough. It’s a fantastic condenser mic that can fit any home studio’s budget, and can be used to record vocals and any of the instruments mentioned above.

Condenser microphones are perfectly suited to a lot of different recording situations that you’ll come across in your home studio. I recommend picking up at least one for your own studio, ideally two if your budget allows.

You should now also be able to confidently answer that all-important question – how does a condenser microphone work? – as the above has outlined all the important factors you’ll need to think about.

What Is A Mic Preamp? Everything Explained In This Simple Guide
How Does A Dynamic Microphone Work? Your Simple Guide to This Essential Tool
The Best Vocal Mic - Discover The Top 5 for Your Home Studio
Why You Should Use a Mic Stand to Position Your Microphone