Home » Gear » How Do Studio Monitors Work? All The Essentials You Need To Know 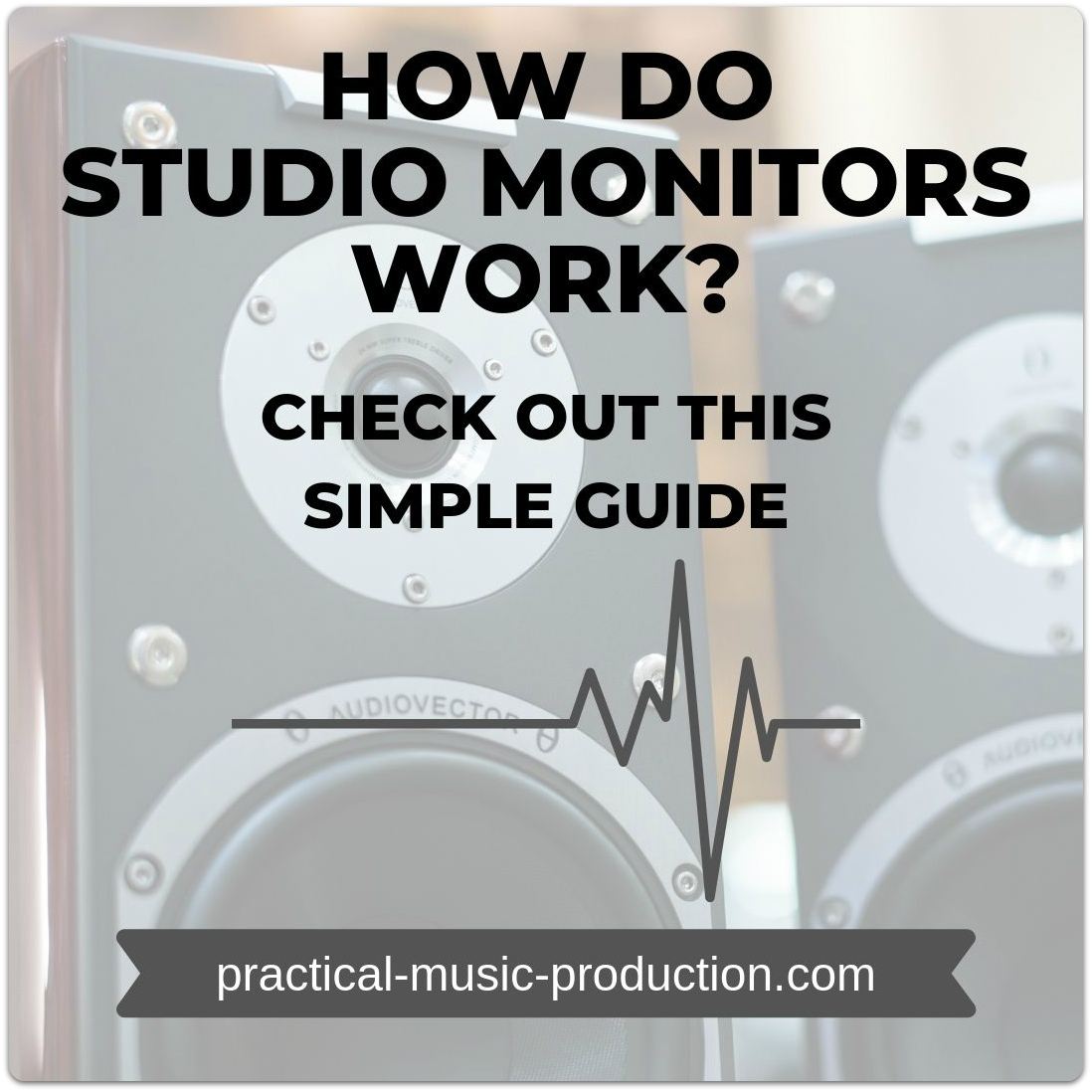 Just how do studio monitors work? A good pair of studio monitors are one of the most important parts of your studio setup. They can have a huge effect on the quality and end result of your productions. I think that without decent monitors, you’ll never get a true and honest picture of the music you’re creating.

Monitors are different compared to consumer-level loudspeakers that you would connect to your home hi-fi system. These hi-fi speakers that you use to listen to your CDs and MP3s actually ‘color’ the sound that you hear, as they tend to emphasize certain frequencies to give you a better listening experience.

This usually means that the low-end and high-end frequencies will be accented and boosted slightly, a feature that we really don’t want to have in our studio monitors.

Studio reference monitors are designed and built differently to regular hi-fi speakers. They have many features that lend themselves to being used in home and professional recording studios:

Hi-fi speakers boost the low-end and high-end – think of a frequency curve like a smily face. This gives the music you’re listening to at home a positive shine. However, when you’re making music in the studio, you need to hear the audio as detailed as possible with no boosts or cuts from the monitors. 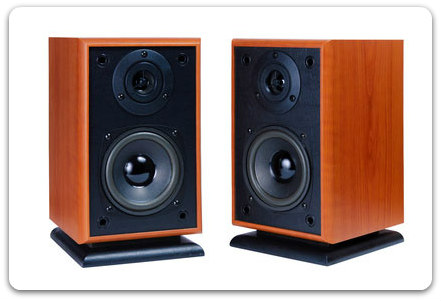 How Do Studio Monitors Work – The Different Types

There are a few different possible setups when it comes to monitoring in the studio. You’ll need to choose one to follow in your own setup.

The near-field monitors are usually placed around one-two meters away from your position behind the mixing desk or your computer (where you’ll be recording and mixing with your DAW). The two monitors are angled so the sound is directed towards your head.

Because they are close to you, the sound is pretty direct and isn’t affected too much by the sound of the room. This is the ideal scenario in a home studio as the room is usually not acoustically designed.

How to Use Studio Monitors – Placement in the Room

The monitors should ideally be placed on their own dedicated monitor stands. This helps prevent them from vibrating the surrounding areas that they’re in contact with. Also, try to avoid placing the monitors on flat surfaces as this can result in comb-filtering, which won’t give you an accurate picture of what you are playing. Ideally, place them on their own dedicated monitor stands with fitted isolation pads.

These two terms refer to whether the studio monitors contain their own amplifiers or whether they require a dedicated external amplifier to power them.

When it comes to powering your studio monitors, what you use depends on the type and design of the monitors. Power is measured in Watts, and the higher the wattage the better the sound will be.

Monitors with higher wattages will produce sound that is clearer and more detailed. They will be able to handle higher volumes, and you’ll hear even the smallest changes in your studio gear like your compressors and limiters.

There are three main types of amp setup you’ll see when it comes to studio monitors: 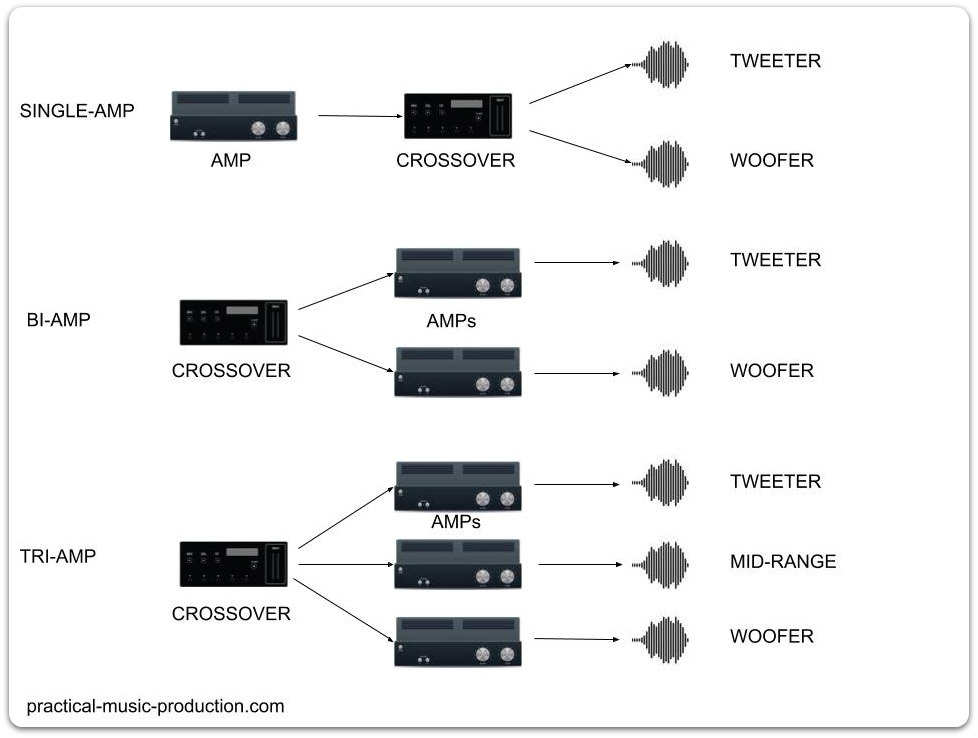 The most common type you’ll see in a home studio will be either the single-amp design or the bi-amp design. This is especially true for near-field monitors.

So how do studio monitors work with the the different types of audio cables? The mainly come in two types – balanced and unbalanced.

You want to use balanced cables wherever you can. Electrical interference is not something you want in your home studio! You can actually convert an unbalanced signal into a balanced signal using a DI box.

Studio monitors will often have a range of connection types that can be used. These include:

We started this article with one question – how do studio monitors work? Hopefully you can now see how the design and the type of monitor can have a big effect on the sound you achieve in your home studio.

When it comes to getting your own studio monitors, I definitely think it’s worth getting active, near-field monitors. They’ll help you to monitor and mix at relatively modest volumes, but will still provide a flat, clean, and accurate sound which can only serve to improve your mixes and productions.

What is a Music Sequencer?
What Is An Audio Interface And What Does It Do? Here's A Simple 9-Point Checklist
What an Audio Limiter Does in the Studio
How Do Synthesizers Work? Find Out All You Need To Know Here