What is a Headphone Mix and How Does It Work for Recording? 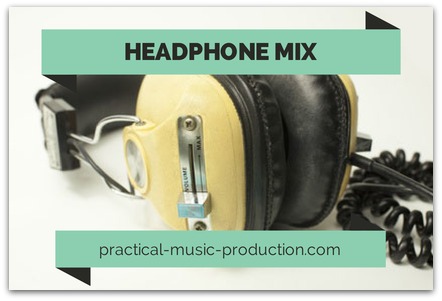 This mix is important as it can influence the quality of the performance and the recording.

To set up a headphone mix you’ll need a studio headphone amp, and the amp you use will determine how much control you have over your mix.

If you’re using an audio interface with only 2 outputs, then you’re limited in what you can do. The best small headphone amp for a home studio is the PreSonus HP4, giving you 4 headphone outputs. A typical layout would be like this: 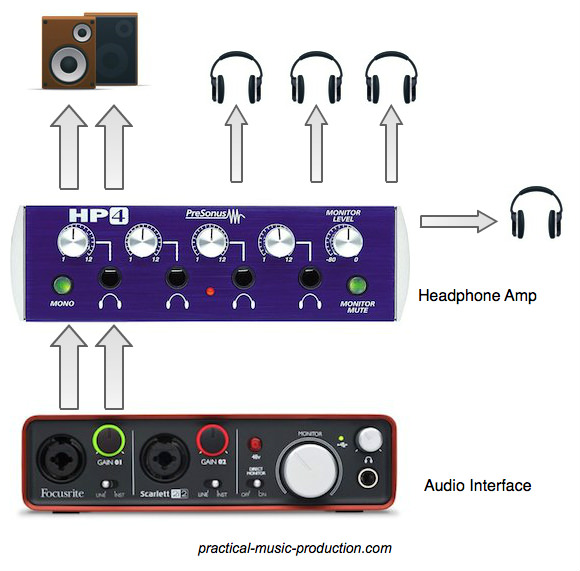 You only have one stereo output feeding all four headphones, so the headphone mix would be the same as the main stereo mix in your DAW and it would also be the same for all four recording musicians. This kind of arrangement is usually fine for a home studio.

For more headphone outputs and more control over individual submixes, the PreSonus HP60 is a fantastic option. But to get the most out of it you would need to be using a larger interface, something like the PreSonus FireStudio Project. The FireStudio along with the HP60 would expand the potential of your studio and give you a lot more options with your recording. 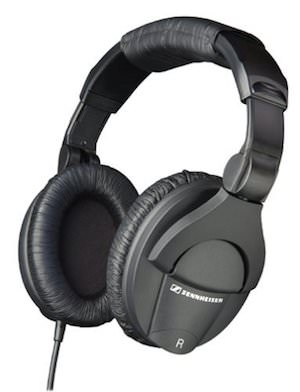 To begin with, if you’re looking for good headphones to use in the studio, I’d recommend a closed-back pair. They let you use higher volume levels without risking spillage into the recording microphones, which is especially important when recording vocals as the headphones will be close to the mic.

When it comes to choosing a closed-back pair, I’ve had excellent results with the Sennheiser HD 280 PRO headphones. They come very highly recommended for using in your home studio.

Headphone Mix with a Mixing Board

To create a headphone monitor mix, you use an aux send on each input channel on your mixing board. The send level on each aux send acts as the volume level of the track going to the headphones. You can adjust these volumes by talking to the musician or vocalist to see what they want in their mix.

Each of the aux sends being used should be set to pre-fade – this means that moving the main channel fader won’t affect the level being sent down the aux send. You only want the aux send faders to affect the volume level of each instrument or vocal in the monitor mix.

If pre-fade isn’t selected, the aux send is automatically set to post-fade – which means that if the main channel fader is moved, the level of the aux send is also affected. This isn’t what you want. 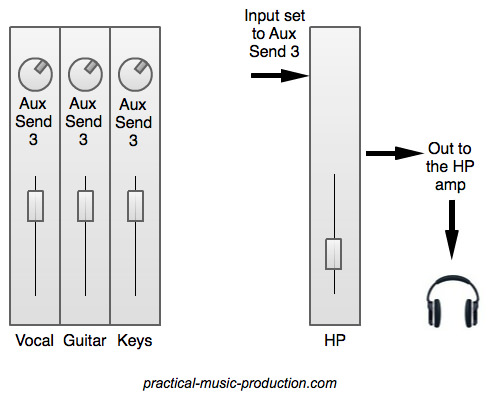 There a few other important things to remember when thinking about a headphone mix.

Creating a headphone mix in your DAW (or on your desk) is pretty easy once you know how to do it. If you have the option to create these separate submixes, then they’re very useful to use if you need to record one or two musicians for one of your productions.

Even if you find that you don’t need to create a headphone monitor mix in your studio, I still think it’s a great skill and technique to have – you never know when you’ll need to use it.