Do you envision yourself making great music on your guitar? Do you imagine you could create incredible sounds on your guitar? Well, even the greatest of musicians and producers need good mics for recording guitar and guitar amps, so they can show off their abilities.

The first step to excellent sound is to find the best microphone to suit your playing style. There are a number of mics that have certain specifics that are ideal for achieving different sounds and tones.

A microphone is a device used to translate sound vibrations into electric currents and they’re used to either transmit or record sound. Guitar mics are specifically used for guitar recordings or sound transmittance for either electric or acoustic guitars.

That means the mic your vocalist buddies are using may not suffice, so you need to invest in niche-specific gear that will showcase your talents better than the average microphones. If you’re serious about your hobby or career, getting the correct gear is a necessary step in the process.

Now, which mic will work for you? We’ve identified a few that will take you where you want to go. 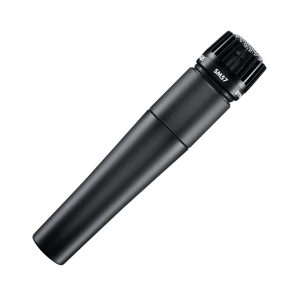 The Shure SM57 is a dynamic microphone with a cardioid directional pattern. It’s one of the most popular mics in the world and is used in almost every professional studio you find. It’s low price point also makes it available to any home studio user.

A dynamic mic is better at capturing low and mid frequencies which makes it suitable for studio and home use and ideal for recording guitar and bass amps. It’s also great on louder horn instruments like the trumpet and saxophone.

The SM57 is also great for recording acoustic guitar and can be used on most drum and percussion instruments.

The SM57 has a balanced output which minimizes background noise and electrical hum. It’s one of the most sought after studio microphones and because of its popularity you can find it in virtually any music store. 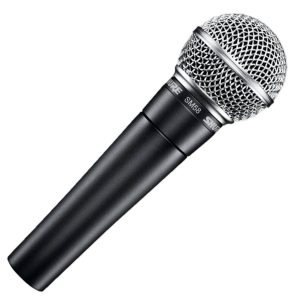 Like the SM57, the Shure SM58 is a cardioid dynamic microphone. The mic has a built-in spherical filter that minimises the wind and the sound of a vocalist’s breathing, and it has a steel mesh head which helps protect the mic’s internal parts.

The mic also has a pneumatic shock-mount system which minimises handling noise, making it the perfect vocal mic for live use as well.

The SM58 performs extremely well in a live environment and it’s mostly used for vocals rather than guitar amps, but it’s also suited for podcasts and group vocals. However, it’s quality still makes it worthy to put on this list for recording guitar.

This mic is definitely worth the price for the incredible quality you receive. Just like the SM57, the SM58 is one of the most popular studio mics around, and is always a worthy part of your microphone arsenal. 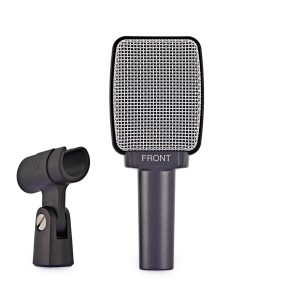 This dynamic super-cardioid mic can handle heavier sounds without vibration or distortion problems, which is important as guitar mics need to be placed close to the source of the guitar amp. The Sennheiser e 609 is an instrumental mic used mostly for guitar cabinets but can also be used on tom drums to great effect.

There may be concern for durability as the back of the flat exterior is made from plastic, but the mic holds up incredibly well. Although the design is flat, it can be safely mounted on a stand.

It’s also slightly pricier than the SM58 and the SM57, but not by much. If you’re looking for a studio mic that you can completely dedicate to your guitar amp, then this would be a fantastic choice. 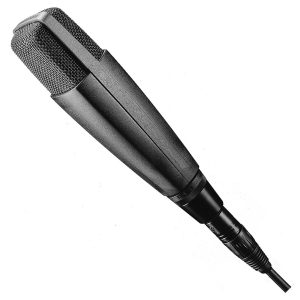 The Sennheiser MD 421-II is an instrumental microphone and is mostly used to mic up drum kits and other studio instruments. Although the MD 421-II is said to be a studio microphone, you will also find it on stage for live performances.

Although the Sennheiser MD 421-II has a plastic exterior, it’s quite durable and light in weight. It has a black metal grill and flat design and has a quick clip in/clip out microphone adaptor.

This mic also features a 5-position bass roll-off switch – most mics usually only feature a maximum of three. This gives it great versatility to be used in all sorts of studio or broadcasting scenarios. 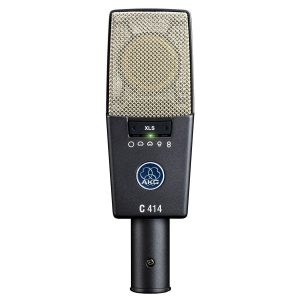 The AKG C414 XLS is an al-time classic studio microphone. It can be used for various acoustic instruments and vocals. You will find this model of microphone in most professional studio booths and it’s suitable for recording vocals, podcasts, voiceovers, acoustic guitar, piano, percussion and loads of other instruments.

This model has a flat exterior design, and comes with polar pattern adjustment switches on the front which can switch between nine different polar patterns, including:

It has a 3-pad switch on the mic so you can choose to cut the signal by -6, -12, or -24 dB for extra protection against loud noises, bumps and knocks as well as the proximity effect. It can handle sound pressure levels up to a massive 158 dB for a huge dynamic range, and includes a 3-way hi-pass filter to cut the lower bass frequencies below 40, 80, or 160 Hz.

You’ll also find a warning light on the front of the mic that triggers if you’re overloading the microphone.

The C414 XLS was released in 1971 and has been an industry-standard and legendary studio microphone ever since. If you can afford a mic like this then you’ll never need to buy another mic for your vocals or acoustic guitar recordings. It really is that good.

Good Mics for Recording Guitar – Who Are They For?

Guitar mics are used by aspiring musicians, sound engineers, and record producers. These mics can be used for recording live acoustic or electric guitar as well as various other instruments in your home studio.

Professional musicians as well as students studying music or sound engineering will get a lot of use out of these microphones. They’re not difficult to use which makes them great for sound engineers who work on time sensitive projects where you need your equipment to be user friendly.

If you’re setting up a home studio then you’ll need a couple of go-to microphones for recording guitar. Any of the above mics will be perfect for capturing the power and detail that guitars produce.

With the above mics you have a wide selection to choose from. Give some thought to the sort of guitar you will be using and recording and what sort of environment you will be in when the instrument is being played – choose a mic that will suit that recording situation.

When it comes to looking at good mics for recording guitar as well as their amps, these microphones are some of the best in the industry. Some of the models, like the Shure SM57, are really inexpensive considering the popularity and the quality of sound you get. As I mentioned above, the SM57 is relatively cheap but is still used as one of the main guitar microphones used in home and professional studios all around the world.

The SM57 I purchased several years ago is still going strong and has never broken down on me. It’s still my number one choice when it comes to recording the power of a guitar amp. 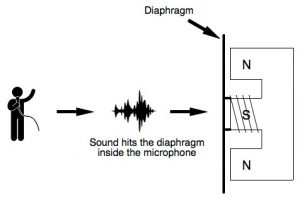