Why FL Studio Producer is a Popular Home Studio DAW

FL Studio Producer is one of the most popular DAWs around today. FL Studio used to be known as FruityLoops, which was first released all the way back in 1998 as a 4-channel MIDI drum machine. It’s evolved massively since then and is now considered a complete music production program.

FL Studio has a reputation for being strong in the creation of electronic music, and is available at a price that makes it a perfect choice for those just starting out on their own production journey. I’ve heard many users point out that its multitrack recording capabilities can be quite weak, but this hasn’t stopped its fanbase from continually expanding. 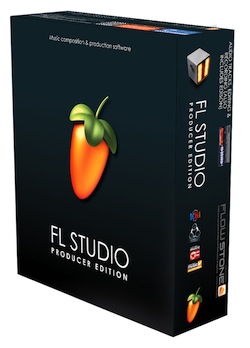 FL Studio is only available for Windows computers (although a version can be found on iOS devices like the iPhone and the iPad), and it comes with the usual set of DAW features that other programs also contain:

The plugins that come with FL Studio include over 30 synthesizers like Sytrus and Groove Machine, with the range including lots of different types of synthesis (subtractive, additive, FM, and granular are amongst them). There are also over 40 effects devices like Gross Beat and Vocodex (a great vocoder plugin).

The program is made by Image-Line, who also make plugins as well that can be used in other DAWs. Image-Line also provide free lifetime updates for anyone who owns FL Studio.

Specialist devices are also available to help push creative boundaries even further in your writing and producing. Two examples are NewTone, which can change the pitch and timing qualities of any sounds you process with it, and Patcher, where you can connect different elements and devices to each other in lots of different ways to create your own effects chains.

One of the highlights of FL Studio Producer is a program called FlowStone (formerly Synthmaker). It allows you to create and design your own software instruments and effects plugins, but without the need to know any computer programming languages (although you can do some programming if you want, using the Ruby language).

Another highlight is using FL Studio in Performance mode. Much like Ableton Live, the idea is that you can trigger clips, sounds, and loops during a live performance – effectively creating new compositions on the fly from the building blocks of your own productions, or from pre-existing loops.

There are a few ways that you can interact with your music in this setting. You can use your:

Being able to perform your own music live is one of the reasons why many producers start making music in the first place. Playing live can help to inspire new musical directions or new arrangements, and I think that this feature helps to set FL Studio apart from other DAWs in the same price range.

FL Studio Producer is the main version of the program and comes with the full core set of available features, but without the added Signature devices. Some of its main points are:

But there are other packages available as well – Fruity Edition and the Signature Bundle being the main two.

Fruity Edition is the basic version of the software. It has most of the same features as the other versions, apart from one big difference – you can’t record audio. Because of this large limitation, I wouldn’t recommend using the Fruity Edition in your own studio.

The Signature Bundle is the most complete package. It’s basically the Producer Edition with added extras, ranging from synthesizer and sampler plugins to video support and guitar effects. These other devices can also be bought separately, so if you have the Producer Edition you can still add these extras at a later date.

FL Studio Producer (the link takes you to the official site) is now a fully-developed DAWprogram and has come a long way since the early days of FruityLoops. With the strong power it has in creating dance and electronic music, along with its affordable price, its no wonder it’s become so popular amongst home studio producers. I think it’s a perfect DAW for those wanting to build their own electronic music studio.