How an Effects Unit or Plugin Can Enhance Your Productions

An effects unit is a great piece of equipment to use when you’re looking to create new sounds and add something exciting to your music productions. Software plugins do a similar job when used with a DAW program on a computer.

A key area that will help you develop your own production sound is how you use your effects. One of the things I love doing the most when I’m in the studio is to try out different effect combinations to see what interesting sounds can be produced.

So what is an effects unit? It’s a device that can alter and change an inputted sound. The changes can be subtle or they can be complete transformations, depending on what effects and parameters are used on the unit. 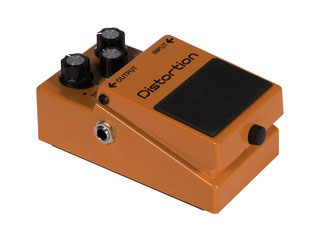 Floor pedals are the devices used by guitarists and bassists for live shows, and so they’re built to withstand plenty of physical knocks. You can get a wide variety of effects with these pedals and each pedal usually only contains one type of effect.

I’m sure you’ve seen most guitarists with at least one distortion pedal in front of them during a concert. But these pedals can also be used in other scenarios – one thing I like to do is to put a vocal or a synthesizer through some guitar boxes. You can get some great effects doing this.

Hardware rack-mount effects are more commonly seen in the recording studio, with each unit usually containing various different effects (the reason they’re also called multi effects units). These effects can be changed and edited and then saved to the device’s internal memory. They can often be controlled with MIDI automation as well.

Software DSP plugins run inside DAW programs and can manipulate audio both at the recording stage and the mixing stage. The settings of a plugin can easily be saved inside the computer, making it easy to recall favorite effects whenever you want – including across different projects and songs.

These can also be controlled with MIDI, making it easy to automate various settings to create dynamic and evolving effect changes. It’s another area where you can experiment to see what cool and interesting sounds you can come up with.

You’ll find a few different categories of effects processors that can be used in your studio: 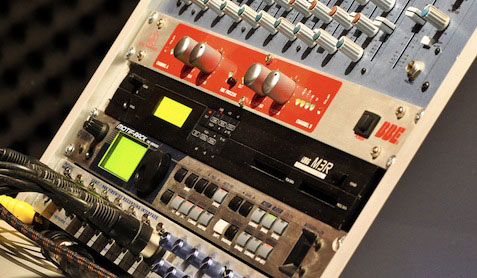 But it’s also worth mentioning that when we talk about effects units and plugins, it usually means we’re talking about distortion, modulation, and time-based effects. Equalizers and dynamics processors are usually referred to as signal processors.

As a producer in your home studio, there are a huge range of effects available to you. They can be used in any way you want and they can be combined in whatever sequence you want – there really is no limit to the sorts of sounds that you can produce.

If you’re after a little guidance though, there are some basic ‘rules’ that can be followed if you want to stick to a tried and trusted method. Dynamic processors usually come first in a signal chain, followed by EQ, followed by other effects. This is the chain I usually stick to.

So if I was mixing a guitar track, I would first insert a compressor, then apply some EQ, then add effects such as reverb or chorus. Of course, rules are designed to be broken, but this kind of general framework can help when you want to experiment with your own effects.

I highly recommend that you take the time to experiment with your sounds and try your effects unit setup on lots of different recordings and samples. Make a note of what works for you and what doesn’t. You might come across a particular combination of effects that helps you produce something unique, and who knows, maybe this will become your signature production sound…