Digital Performer – What You’ll Find in This DAW 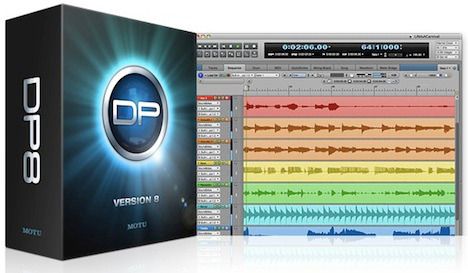 Digital Performer is a DAW with a long history. The first version was released by MOTU as a MIDI sequencer in 1985, when it was called Performer, and it was actually the first sequencer to be released on a Mac. The ability to work with audio was first introduced in 1990 when the name was changed to what it is today (it’s now also known as DP).

The program has evolved massively over the years, and we’ve now reached DP 8. It’s traditionally been a Mac-only program, but this eighth version is now available on both the Mac and Windows platform.

DP has the same core features as many other DAW programs used in home studio environments. These include:

The video engine in DP supports the use of High Definition (HD) videos, making it a great choice for any sound-to-picture work you might want to do. If you do, it’s definitely worth setting up a second monitor and then fixing the video display onto the second screen.

You can also send your video images out of your studio computer and into an external device, such as an HD-compatible TV screen.

One of my favorite features of DP is the ability to completely customize the user interface, using what are known as ‘themes’. MOTU have many of their own predesigned themes included with the program, but you’re able to design your own visual look and feel too.

You also have the choice in how you display your windows to help with your own personal workflow. There’s the ability to lock all of the various windows and devices you’ll need into one screen, or instead to share everything between multiple screens.

The DAW comes with a host of guitar amp-modeling devices, including classics like the Vox AC30 which was made famous by The Beatles. The tool features similar controls to those found on the specialist amp-modeling program AmpliTube – DP allows you to choose your microphones and cabinet speakers, which you can then place and position inside your virtual room or environment.

You can also use the virtual amps in a live setting, processing your guitars in real time to send out of your on-stage amplifiers. DP has done a lot of work in modeling these sorts of vintage analog sounds to get them sounding perfect in the digital world.

Due to the Windows version of the program only recently being released, DP isn’t one of the biggest DAW programs on today’s market. But its Mac-only past has meant that it’s built up a dedicated following over the years – DP fans have tended to faithfully stick with the program. It was also used to compose and score the music for the recent film The Hobbit.

I’ve only used the program briefly when I downloaded the free 30-day trial from the MOTU website. This trial is always available, and I highly recommend you take it up to see if Digital Performer is a DAW that you’d like to use in your own home studio.

Why Cockos Reaper is a Great Alternative DAW to Pro Tools
Why Pro Tools Software is Used to Record, Mix, and Produce
How to Produce and Perform with Ableton Live
Why it's Easy to Produce Music with Apple's GarageBand Software

Why AmpliTube is Great for Recording Guitars and Creating Effects