Create and Produce Your Music with Cubase Recording Software

The Cubase recording software program is one of the oldest and most popular DAW programs you can use to create and produce your music. I sometimes find it hard to believe that the first version of Cubase was released by Steinberg in 1989 for the Atari ST! 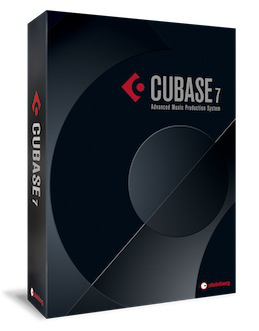 The software is available on both Windows and Apple Mac, with the latest version being Cubase 8.5. Like most DAW programs, it features the following core functions:

You create, edit, and produce your tracks inside Cubase ‘projects‘ – everything is then saved together under one project name.

Over the years there have been many different versions released by Steinberg, and I find that it’s quite confusing to work out how they all relate to each other. Labels like Cubase VST, Cubase Studio, SX, SE, SL, LE, Cubasis, Essential – these are just some of the names that were previously used.

Thankfully, this naming convention is now firmly in the past and Steinberg have simplified it nicely. The versions we find today are aimed towards different levels of experience and expectation.

As well as creating the Cubase recording software system, Steinberg also came up with the VST interface. VST stands for Virtual Studio Technology, and is one of the most common types of software synthesizer, sampler and effects plugin that you can use in a DAW program. You can find commercial and free VST plugins all over the internet.

DAWs that use VSTs are known as VST hosts (Pro Tools and Cubase recording software are two common examples).

VST plugins are actually only built for Windows systems, but you’re able to use them on Apple Macs by using small software programs known as ‘wrappers‘ – you can run a VST plugin ‘inside’ one of these wrappers if you want to use them on your Mac.

The plugins come in three flavors:

Cubase is definitely one of the top DAW programs out there, largely thanks to Steinberg’s experience and knowledge that has been built up over the years as one of the original DAW developers.

For years it was seen as being especially valuable in the areas of MIDI and electronic music, but Cubase recording software (the link takes you to the official site) can now be trusted to achieve great results in audio recording as well. It’s a great all-round package.