How Cakewalk Sonar Can Help You to Produce Great Tracks

Cakewalk Sonar is one of the top digital audio workstations available today. It was independently made for many years, but was recently acquired by Roland, one of the most famous companies in the world for devices like synthesizers and drum machines.

I’ve been a fan of the program for a long time, so I’m going to run through a few of the important features that you’ll find in today’s version of Sonar. 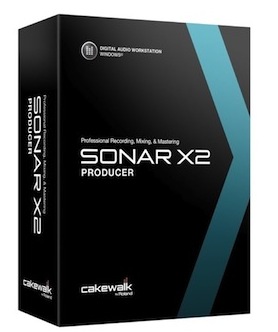 As a Windows-only program, Sonar isn’t usually found in commercial studios and is aimed more towards the home music production crowd. But it does have many of the same features as other DAWs:

Along with these basics, Cakewalk Sonar has several unique features, many of them coming in with the recent X2 release.

One of the biggest of the new features is the introduction of the Skylight user interface. Its purpose is to create a streamlined workflow and to enhance your interaction with the program on your computer screen.

I’m sure we’re all used to the concept of having floating windows on our screens for the different parts of the DAW software – elements like edit windows, mixer windows, software instruments and effects plugins. But constantly having to switch between these windows to use the different parts can sometimes be frustrating and can certainly interrupt your workflow.

Skylight solves this by introducing the docking idea. Sonar allows you to ‘dock’ items in certain positions inside the program’s user interface – basically, you can lock these items in place so you have access to everything you need on the same screen. It stops the need for you to have lots of windows piled on top of each other.

Alongside this is the new X-ray feature. This can make a window transparent, allowing you to see right through one window (for example, a software synth) and onto the editable window beneath it (for example, your waveform edit window). This can definitely help increase the efficiency of your workflow.

When you’re recording a live vocal or instrument, you often want to record several takes, one after the other. You then have the choice of picking the best one, or perhaps editing several takes together to create a final take.

Sonar allows you to record each take in its own ‘take lane‘, making it really simple and quick to edit and comp together a final track from all of the various parts you’ve recorded. Again, it’s another part of the program that makes creating and producing music with Sonar easy and enjoyable.

Just like other DAW packages, Sonar offers a few different versions that are aimed at different levels of experience – Sonar Producer, Sonar Studio, and Sonar Essential.

One of the extra features of the Producer version is membership of the Producer Content Club. As a member, Cakewalk provides you with free access to new content – loops, software synthesizers, and video classes are among them.

If you’re a Windows PC user and you’re looking for a complete DAW package for your home studio, then I think Cakewalk Sonar (the link takes you to the official site) is definitely worth looking at. The X2 release has introduced great features that make recording, mixing, and producing in your home studio a simple and easy task. It won’t take you long to hear superb results springing from your creative ideas.