How Audio Latency Can Affect Your Recording and Mixing

Audio latency is an issue that can cause problems when recording audio through a computer system. But despite these issues, it can be minimized so the problem is no longer noticeable.

I used to get this problem quite often when I was using an old and slow computer in the studio, but it’s an area that in general has become easier to handle as computers have become quicker and more powerful. 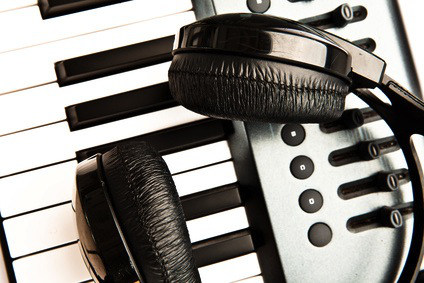 When recording a vocal or an instrument, latency refers to the time delay that you hear between:

The delay between what is played and what is heard back happens because the signal that enters the audio sound card doesn’t exit the sound card at the same time. It can cause major problems for musicians, engineers, and producers in the studio when recording a performance or take, as the time difference can make it impossible for anything to be played in time with the rest of the track.

There’s no way to completely get rid of this latency, but there are things you can do to minimize it. A latency time of around 10ms or less usually means that it won’t affect the recording process. Above 10 ms, the effect starts to become noticeable.

So why does audio latency happen? There are several reasons why it’s introduced into a computer audio system:

All of these factors can introduce timing delays. Although each delay is very small (sometimes just fractions of a millisecond), they can quickly add up into quite a sizable delay.

How to Reduce Audio Latency

Whenever I notice an issue with latency during recording or mixing, I always run through a few points that usually solves the issue with no further problems:

Pro Tools contains a feature called the Playback Engine, where you can adjust some internal settings to help reduce Pro Tools audio latency. Some of the settings are:

The issue of audio latency can easily be solved once you know where to look inside your computer. You’ll probably have to try a few different settings to see what works as one computer is always slightly different to the next. But the good news is that many computers these days are powerful enough and quick enough to prevent the problems linked with latency before they even start.