How Audio Effects Can Expand Your Studio Sound

Using a variety of audio effects in your studio is one of the best ways to add interest and unique twists to your mixes and productions. There are lots of different types of effects that can be used in whatever way your imagination can think of. 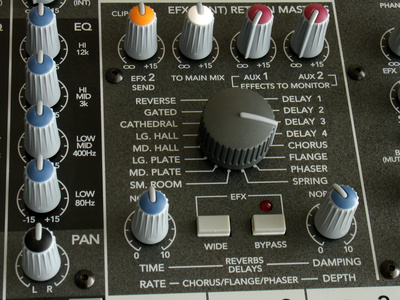 Trying out different effects, both during recording and mixing, is one of my favorite ways of spending time in the studio. I find that hours of time can just fly by when I’m playing around with different settings and combinations of effects plugins.

How Audio Effects are Used

These days, audio effects units and plugins are mainly used in the send/return arrangement, where the main signal is sent to the effects unit or plugin via a send on the input channel, and the effected sound is returned to another channel (or channels) on the mixing board. 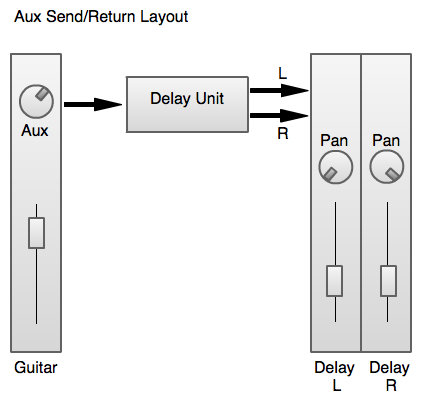 The delay effect (often seen as digital delay line, or DDL) can be used in two main ways:

Delay times between 15-35 milliseconds (ms) are used to artificially create the effect of ‘doubling‘, which means an instrument or vocal can be made to sound like there are two or three sources of sound instead of just one. This can help to widen and thicken the soundof a vocal or an instrument, and is a common studio trick.

Delay times of 35 ms or greater are long enough that you hear the delays as separate sounds (after the main sound). These sorts of times can add depth to a sound in a similar way to reverb, and delay of this type should be used in small amounts – if used in large amounts across many different instruments, the mix can easily become too busy and suffer from a lack of space.

I often use an equalizer to roll-off the low frequencies of the delayed sound, and sometimes the higher frequencies too, to help the effect blend smoothly into the overall mix.

There are many interesting audio effects that can be created using delay, one example would be the following:

To use delay as a rhythmic effect, you can sync the delayed signals to the beat and tempo of your song. To calculate the delay time so it fits into the rhythm of your production, use the following equation:

Syncing the delays to the tempo of the song creates a much tighter and impressive effect. Layering several of these types of delays together can help to produce a rhythmically complex track, and is one of my favorite production techniques.

ADT is very commonly used and creates the illusion of a multi-tracked vocal or instrumentwhen there is actually only one signal. It’s mainly used on guitar or vocal recordings to help spread a mono source into stereo.

One of the easier ways to achieve the effect is to use the following:

Flanging occurs when delay times of 10-20 ms are used. Inside the flanging unit, the output is then fed back into the input (with the ‘feedback’ control), which further exaggerates the effect. The sound is also modulated by a low-frequency oscillator (LFO).

It’s sometimes used subtly on vocal tracks, at levels that aren’t immediately noticeable or audible. Flanging is most commonly noticed when guitarists use it to create the “airplane taking off” effect that can be heard in many rock tracks.

Phasing is similar to flanging in the world of audio effects. It happens by using a delay time of 2-10 ms, which helps to create a different type of sound. This delayed signal is then modulated by an LFO.

This effect usually comes from a mixture of pitch-shifting and subtle phasing. It’s commonly used by guitarists to add depth and richness to their sound. Delay times are usually between 20-50 ms, with some LFO modulation and panning across the stereo field. Feedback is kept at zero.

One of the most fun and interesting things you can do as a producer in your studio is to experiment with different effects, and I’d highly recommend you spend lots of time doing it.

Unique sounds can be discovered by trying out different combinations of the various audio effects available to you, as well as by tweaking all of the different parameters that each effect has. There really are no limits to what you can try and to the sounds you can discover.